The United Nations tabled a resolution in September 2015 to achieve the following Sustainable Development Goals by 2030: “to end poverty and hunger everywhere; to combat inequalities within and among countries; to build peaceful, just and inclusive societies; to protect human rights and promote gender equality and the empowerment of women and girls; and to ensure the lasting protection of the planet and its natural resources.”

Yet against the backdrop of that spirited multilateral agenda, the current prolonged haze affliction shrouding parts of Southeast Asia is a stark visual reminder that much still has to be done to bridge the gap between hopes and reality in the pursuit for sustainable growth. With family business conglomerates controlling much of the rising Asian economy, the strategic allocation of private capital by conscious capitalists can drive key ESG imperatives in an impactful way. 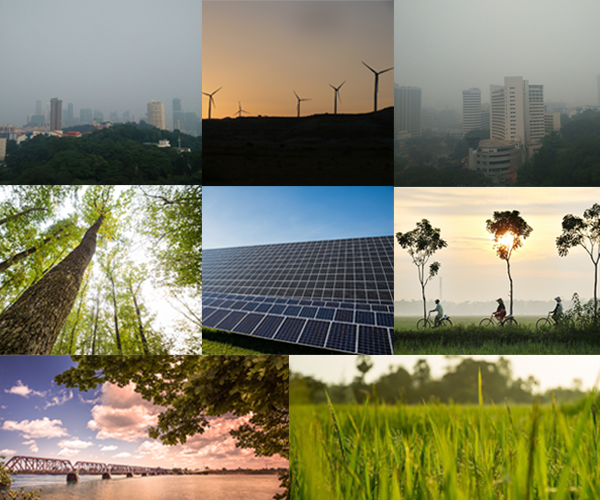 Private groups in the United States have been taking the lead in this regard. For example, the Cleantech Syndicate (founded in June 2010) is described on their website as “a consortium of 11 prominent families focused on making direct investments into privately-held Cleantech and Alternative Energy companies. The members of the Cleantech Syndicate have already invested over $1.2 billion into such companies and are looking to invest an additional $1.4 billion over the next five years. The collective net worth of all Syndicate members exceeds $30 billion.”

In September 2014, it was reported that another group of 11 family offices committed to invest $300 million in clean energy, infrastructure, agriculture and water in response to a White House roundtable on impact investing which challenged investors to accelerate innovative investments to address pressing domestic and global issues. These family offices are said to be part of the Cleantech, Renewables and Environmental Opportunities (Creo) Network, which was established in 2011 and counts more than 50 family offices and private foundations as members.

Bloomberg noted in a March 2014 article that “Single-family offices hold about $1.2 trillion in assets and multi-family ones manage about $500 billion,” quoting Bob Casey, senior managing director for research at consulting firm Family Wealth Alliance. Private wealth managed by family offices is often described as being patient capital as asset owners might be willing to look at longer-term horizons i.e. ten years or more – which is a performance timeframe that most professional fund managers cannot afford to look at.

It would thus be remiss for Governments in Asia not to harness the considerable resources that family offices control by incentivizing and guiding them towards making more substantial allocations towards investment opportunities that serve the triple bottom line of social, environmental and financial returns. There is a knowledge gap to fill – in educating family offices on how impact-driven enterprises can make worthy investment assets, on what sectors of the economy are in need of sustainability projects, and which organizations – be it for-profit or NGOs – would make trusted partners.

We are at an inflection point in the economic and socio-political development of countries in Asia. The ASEAN Economic Community is expected to be formalized by end-2015, bringing about economic integration in a fragmented region of more than 600 million people. The ambitious Trans-Pacific Partnership trade agreement – involving twelve Pacific Rim countries who account for nearly 40% of global GDP – is expected to be ratified soon which would lower trade barriers and strengthen investment rules.

The world is becoming more of a global village with enhanced connectivity, and whether we spark a virtuous cycle of sustainability or a vicious trend of degradation would depend on the collective will of Government leaders, asset owners and managers of public and private capital.

Alvin Low  is the founder of Low Capital Management, a homegrown management consultancy that helps businesses and family offices strategically manage their growth complexities, with a focus on asset creation. They publish the annual Family Office Guide for business and investing leaders in Southeast Asia.