Low-income women in South and Southeast Asia face a series of seemingly insurmountable obstacles. Few have a formal bank account. Women farmers in Asia work  more hours per week in the field than men, but earn much less. With little or no access to electricity, they’re exposed to toxic fumes from kerosene lamps and stoves. The list goes on.

Those are some of the problems IIX is trying to address with its Women’s Livelihood Bond (WLB). In 2017, the Singapore-based social impact finance pioneer introduced its first $8 million WLB, which pooled together a group of impact enterprises to issue a collective bond aimed at improving women’s economic opportunity. IIX’s proprietary impact assessments were used to measure the social impact and financial viability of the borrowers.  READ MORE

As both the world’s fastest growing population of super wealthy and the home of some of the most challenging social and environmental problems, Asia is emerging as an impact investing powerhouse.

Impact investing– investments intended to create positive social impact alongside financial return – has been growing fast in Asia Pacific.  But in order to appreciate the movement’s rise in Asia, we must move beyond the notion that the region must “catch up” to its western counterparts in purely quantitative terms.  READ MORE 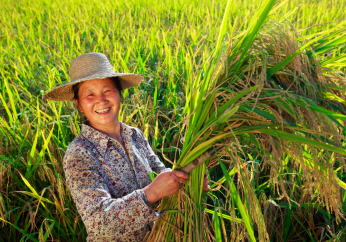