The Northern state of Uttar Pradesh was described as dazzling cities surrounded by an inky black sea, in an Economist article titled “Out of the Gloom” in 2013. The vast gap of access to energy in India is symptomatic of the gap between these islands of prosperity amongst seas of paucity (Dreze and Sen, 2013), where conservative estimates suggest that 300 million people do not have access to reliable energy. The Government, at both the Central and State level, is trying to bridge this gap. During the presentation of the annual budget for 2017, the Indian Government has promised complete electrification by 1st May 2018, allocating over 48 billion rupees, or approximately US$ 750 million, towards electrifying rural villages in India.

In contrast to Government-led intervention, in the densely populated states of Uttar Pradesh and Bihar, a number of ‘Impact Enterprises’ have used market-based solutions to bridge the gap for the ‘Base of the Pyramid’ (BoP) through renewable energy. They range from those that provide lighting products, including Solar Home Systems, to small-scale Direct Current (DC) pico-grids to larger Alternating Current (AC) mini-grids. Each solution is relevant to a different aspect of the energy access ladder.

END_OF_DOCUMENT_TOKEN_TO_BE_REPLACED 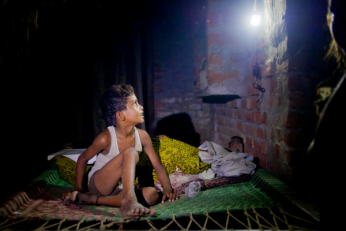 SINGAPORE—June 2, 2017— Mera Gao Power, an off-grid solar energy enterprise based in Uttar Pradesh, India, has raised US$2.5 million in equity funding from the Insitor Impact Fund (Insitor), the ENGIE Rassembleurs d’Energies Initiative (ENGIE) and the Electrification Financing Initiative (ElectriFI), with the support of Impact Investment Exchange (IIX). The funding will be used by Mera Gao Power (MGP) to expand into over 5,000 additional rural off-grid villages across Uttar Pradesh, providing over 50,000 households with access to reliable energy for the first time.